An enthusiastic filmmaker thinks he’s come up with a totally original idea: animation set to classical music! When he is informed that some American named “Prisney” (or something) has already done it, he decides to do his own version, using an orchestra comprising mostly old ladies and an animator he’s kept locked in a dungeon. Several different classical pieces are animated, while the animator plots his escape. 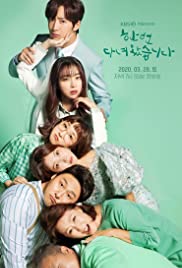